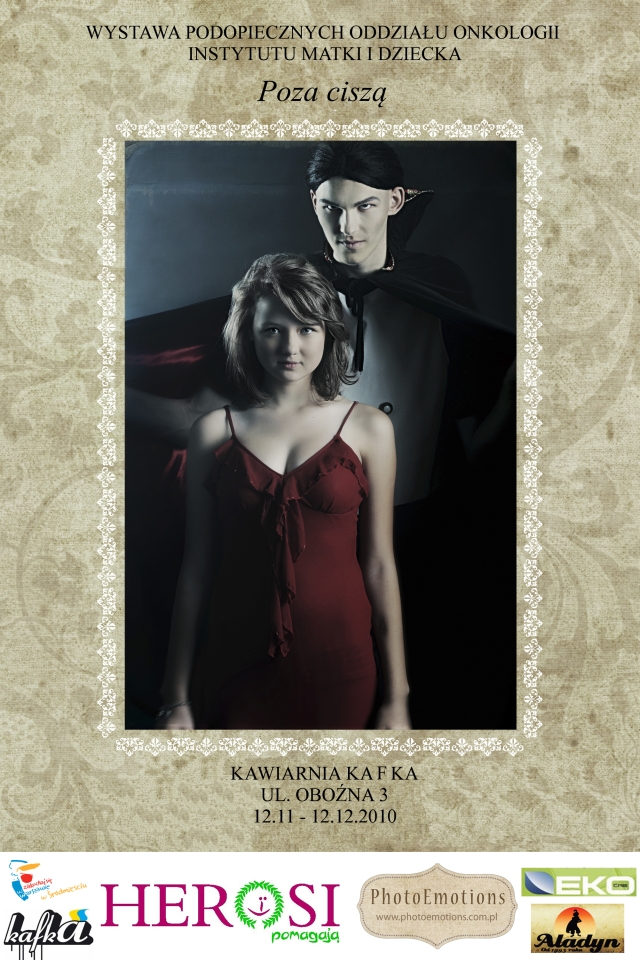 On September, 18th and October, 2nd in Warsaw professional photography studio – Verre, two extraordinary photo sessions took place. Both starred patients from the oncology division of of Mother and Child Hospital in Warsaw.

The main goal of the sessions was to make the children happy and seperate them from the chores of hospital reality. We also wanted to prove that, despite the devastating impact of cancer treatment, children remain beautiful and cheerful.

Anna Powirża – the author of photos – managed to uncover the young patients' real joy and energy!

Each model played their own favourite hero: there were likes of Alice in Wonderland, Dracula, Marlin Monroe, Jack Sparrow, Hannah Montana, Cleopatra and the cute little angel. Clothes and costumes for the sessions were provided by a stage costumes' atelier – Aladdin. A superb hairstylist Sylvia Puciato did the hairstyles and makeups. On behalf of the Verre studio Marta Pawlak helped in organising of the sessions.

The effects of these extraordinary sessions will be on display soon at the Warsaw Cafe Kafka. Opening is scheduled for 12 November at 19:00.